Dr. W. Keith Campbell is a Professor and head of the Psychology Department at the 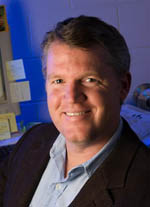 University of Georgia.  He received his Ph.D. from the University of North Carolina-Chapel Hill.  He began studying narcissism in graduate school and then began to focus, specifically, on entitlement during his postdoc.  He published his first pager on the topic, Psychological Entitlement: Interpersonal Consequences and Validation of a Self-Report Measure, in a 2004 issue of the Journal of Personality Assessment.

You can learn more about Dr. Campbell here.

1.     What is entitlement and how is it associated with anger?

We have defined “psychological entitlement” as a pervasive sense that one deserves more than others or special treatment. Our approach is a trait approach that comes out of the narcissism tradition. There are other way to look at entitlement, including some who conceptually separate entitlement from deservingness, and others who focus on more socially legitimate forms of entitlement vs. more pathological.

With psychological entitlement as with narcissism anger is usually triggered by some ego threat. So, for example, if a highly entitled person is not treated with what he considers appropriate deference – or his needs are no met rapidly – anger is likely to result.

2.     What would you estimate is the most common misconception about entitlement?

I think the challenge is knowing when a person should feel entitled and should not. There is a balance is life about being treated fairly and reasonably, which most of us want, and being treated better than others, which people with high levels of entitlement want. In general I think high levels of entitlement are a problem, but low levels can possibly be a problem in some circumstances.

3.     If there was one thing you would want people to understand about entitlement, what would it be?

4.     Do you have advice or other thoughts for people who feel entitled or who live, work, etc. with someone who is entitled?

Sometimes thinking in larger terms helps reduce entitlement: There are 7 billion people sharing this planet right now and each of us is only one. Most of us are not that special and shouldn’t expect the world to treat us as such.

Dealing with entitled individuals is a challenge. Often, people will just exclude them from activities, not want to work with them, etc. If it is a friend, a discussion about selfishness might be useful. And I am a fan of nature as a teacher. Nature doesn’t care who you are — it treats everyone the same way.