Both news and entertainment media show people with mental illness as dangerous, violent, or unpredictable. Many of the individuals who commit these crimes are presumed to have a mental illness and this in turn perpetuates the social stigma that all people with a mental illness are violent or dangerous. Before some of the most recent and deadly mass shootings including the 2016 Pulse Nightclub shooting in Orlando, the 2017 Las Vegas shooting at am outdoor concert, and the 2017 First Baptist Church shooting in Texas, The Virginia Tech shootings was one of the deadliest shootings to date. Taking place in 2007 and ending with 32 dead and 15 wounded, the shooter was perceived to have had a mental illness that caused him to commit this crime. 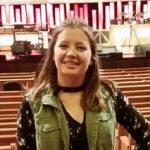