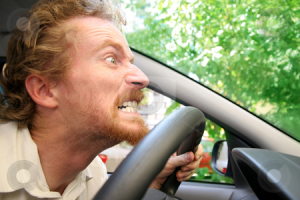 It’s common knowledge that men tend to have higher auto insurance rates, and part of the reason for this is that  they are thought to be more aggressive drivers. In other words, they are believed to be more likely to do things like…

So do men do those things more often than women?

Here’s how we know.

In 2005, Roberts and Indermaur found that men were almost eight times more likely than females to be perpetrators in an act of driving violence. At the same time, though, men were also significantly more likely to have been threatened by another driver while on the road. In fact, they found that one in five males reported being victims of what could be classified as criminal road rage compared to merely one in 14 females. Meanwhile, in a more recent study, Wickens and colleagues found that while both men and women confessed to being perpetrators as far as shouting, swearing, and making rude gestures, men were still more likely to execute such acts.