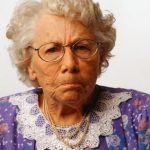 Do people really get crabbier as they get older?  Not according to a 2016 study in the Journal of Aging and Mental Health.  The authors of the study, Drs. Sarah Robertson and Rhonda Swickert, asked a group of 80 young adults (ages 18-34) and a group of 80 older adults (ages 60-91) to recall a negative emotional story about their lives.  They were encouraged to try to imagined the event in their mind and talk about the thoughts and feelings they had related to the event.

The purpose of the study was to explore socioemotional selectivity.  This is the theory, originally described in a 1999 American Psychologist article By Dr. Laura Carstensen and her colleagues, that as we get older we put a premium on positive emotions and try to maximize those feelings while minimizing negative feelings.  Basically, it is a little mini-emotional midlife crisis where you realize that life is short and you should not waste it feeling sad, scared, or angry.

So what did Robertson and Swickert find?  Well, in some ways, their results did not look the way they expected.  They hypothesized that age would be negatively associated with negative emotion word use.  That did not happen.  But, while there were no differences on negative emotion words across the board, there were with anger words.  Older adults expressed fewer anger words in their writing than younger adults did.

They also found something interesting related to forgiveness. They had given everyone a questionnaire designed to measure their tendency to forgive across different situations.  Related to anger, they found that younger adults who scored low on this forgiveness scale (i.e., those who were less forgiving) scored higher on anger words than younger adults who scored high on the forgiveness scale.  As they described it, “forgiveness essentially allows for the abandonment of feelings of hurt and resentment in response to a transgression” and that tendency to forgive led to fewer anger words in their writing. 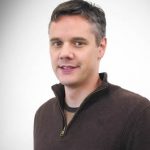 By Dr. Ryan C. Martin
Ryan is the chair of the Psychology Department at the University of Wisconsin-Green Bay and a nationally known anger researcher.  His work focuses on healthy and unhealthy expressions of anger, including how we express anger online.