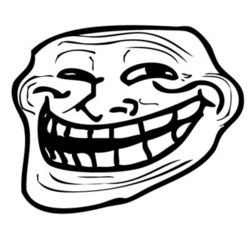 Internet trolls, or those who intentionally bait people online by starting arguments, posting dishonest, or offensive comments, have received a lot of attention in the media as of late. Despite that attention, there’s a lack of understanding on why trolls do what they do. How does one become a troll? Is it because of his or her personality, social motivation, or that he or she is just bored? Drs. Naomi Craker and Evita March explored these very questions with a study of the personality characteristics and social incentives on trolling behaviors in their study The Dark Side of Facebook: The Dark Tetrad, Negative Social Potency, and Trolling Behaviors.

Craker and March assessed participants’ thoughts and actions regarding online trolling via an online survey that included the Global Assessment of Facebook Trolling, Social Rewards Questionnaire, The Dirty Dozen and the Short Sadistic Impulse Scale.

Results from this study suggest that some personality traits do not influence online trolling behaviors, such as narcissism and Machiavellianism. On the other hand, individuals displaying psychopathic and sadistic behaviors were more likely to engage in internet trolling. Psychopathic individuals did not feel compassion towards other internet users and as a result, they were more likely to harass and embarrass others. Sadistic individuals enjoyed inflicting pain and humiliation on victims by posting inappropriate statements, lying, or cursing on the victim’s Facebook page. Online trolls also participated in these behaviors due to social motivations, such as having control and authority over other internet users.