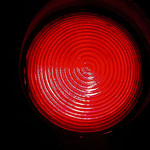 We’ve all heard the expression “seeing red.” As it turns out, though, it’s not just a metaphor. People really do associate the color red with anger and, according to a 2013 article in Emotion, the color red influences whether or not we perceive anger in a particular situation.

The authors conducted two experiments to test the hypothesis that “the psychological meaning implied by the color red biases the processing of anger expressions” (Young et al., 2013, p. 380). In the first experiment, they found that participants were more likely to perceive anger in faces that were viewed on a red background. In the second, they found that the color red did not generalize to other negative emotions like fear. In other words, the emotional impact of the color red was unique to anger.