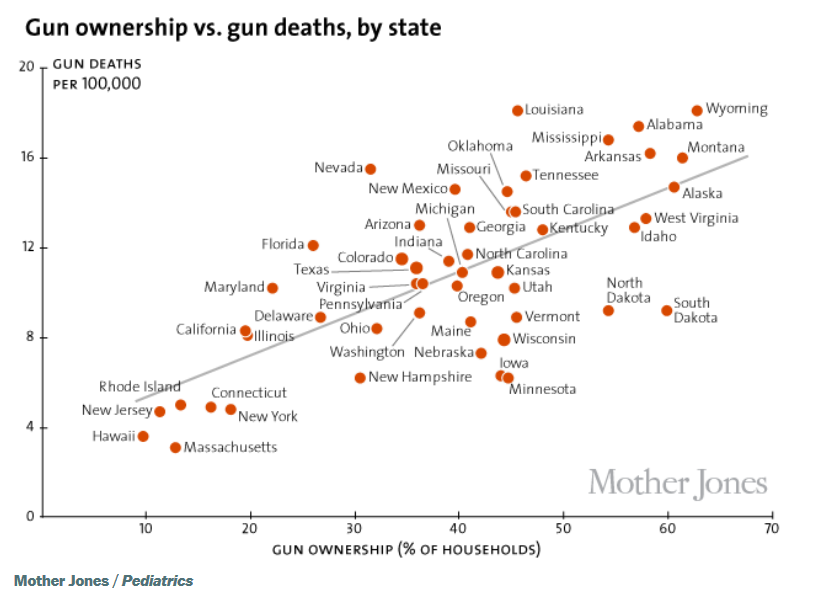 There are various versions of this one (e.g., “I need to be able to protect my family,” “It’s dangerous to be a single woman without a gun”) but they all boil down to this:

Having a gun makes you safer.

Ultimately, though, it’s the easiest claim to take down because, quite simply, having a gun doesn’t make you any safer.  In fact, in most ways, having a gun makes you less safe.

And here’s how we know.

As it turns out, there’s a big difference between feeling safe and being safe.  For instance, most people feel safer in a car than in a plane but, as I’m sure you all know, you’re way more likely to get hurt riding around in a car than flying in plane.

The same thing is true with owning and carrying around a gun.  You may feel safer, but you are actually way more likely to get hurt or killed with it than without it (and so is anyone who spends time with you).

Here are three reasons why:

This is the point when most gun-enthusiasts point to the need for gun training and safety measures.

First, there’s almost no research on the topic, probably because the National Rifle Association (NRA) has successfully prevented the Center for Disease Control (CDC) from doing research related to guns.

The really tragic part of this story, though, is the research we have says we could cut down on accidental gun death by simply implementing mandatory training requirements across the nation.  A few states, less than ten, have those requirements already.  Not surprisingly, though, the NRA is opposed to such mandates.